Source code management for Salesforce is easy to setup and manage using Github’s cloud based Git repository service. Git is a command line based source code versioning tool with full history tracking which has been around for many years and which allows collaboration for developers via central project repositories. Github allows central repositories to be setup quickly and easily in the cloud and extends command line Git with a very intuitive and easy to use Web UI as well as plugins to IDE’s.

Developers can push to and clone or pull code from Github repositories as well as merge code easily via Github’s “Pull Request” functionality.  Pull Requests provide a basis for merging and for notifying all developers on the project of pending merge requests, highlighting code changes, merge conflicts, and allowing code review feedback via inline comments through the Web UI. 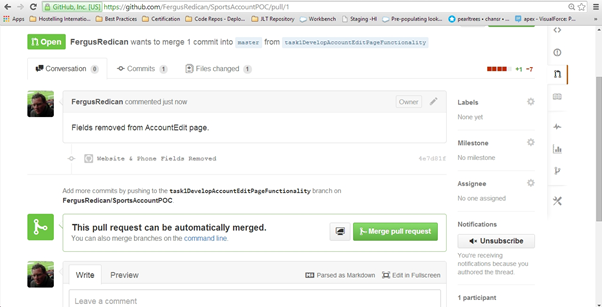 Salesforce “Metadata” provides the key to source code management. Developers can retrieve all or part of their Salesforce Organisation’s Metadata content pending development requirements and push this Metadata to Github for source code versioning and collaboration.

How to Setup and Use Salesforce Version Control with Github

Note EGit is a useful plugin to allow Git/Github integration with Eclipse and the Force.com IDE.  It can be installed via the Eclipse Marketplace, Software and Workspace Centre. Sublime Text has many Git/Github plugins such as Git, SublimeGit, SideBarGit, and Sublime Github which are available via the Sublime Text “Package Control” plugin. 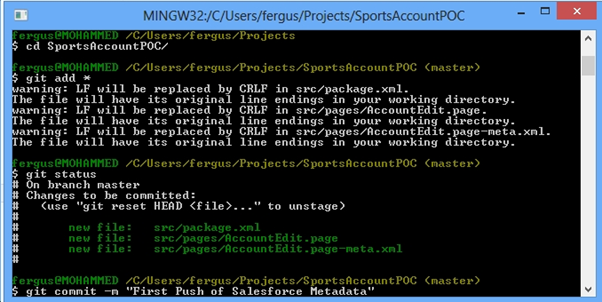 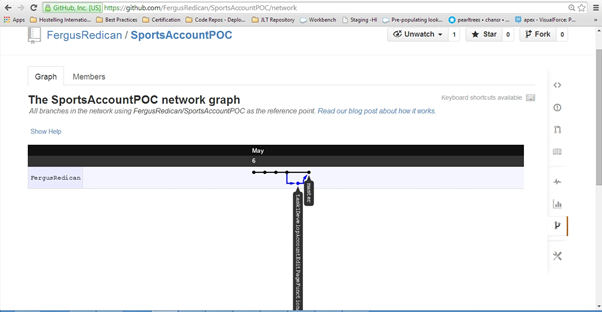 Source code control for Salesforce could not be easier therefore or quicker to setup than when using Github and Git.